Paul Young is a groundbreaking and inspirational chocolatier who is at the forefront of the British chocolate scene. Paul’s passion for his craft and his cutting edge creativity have won him numerous awards and led to him being ranked amongst the world’s best chocolatiers. 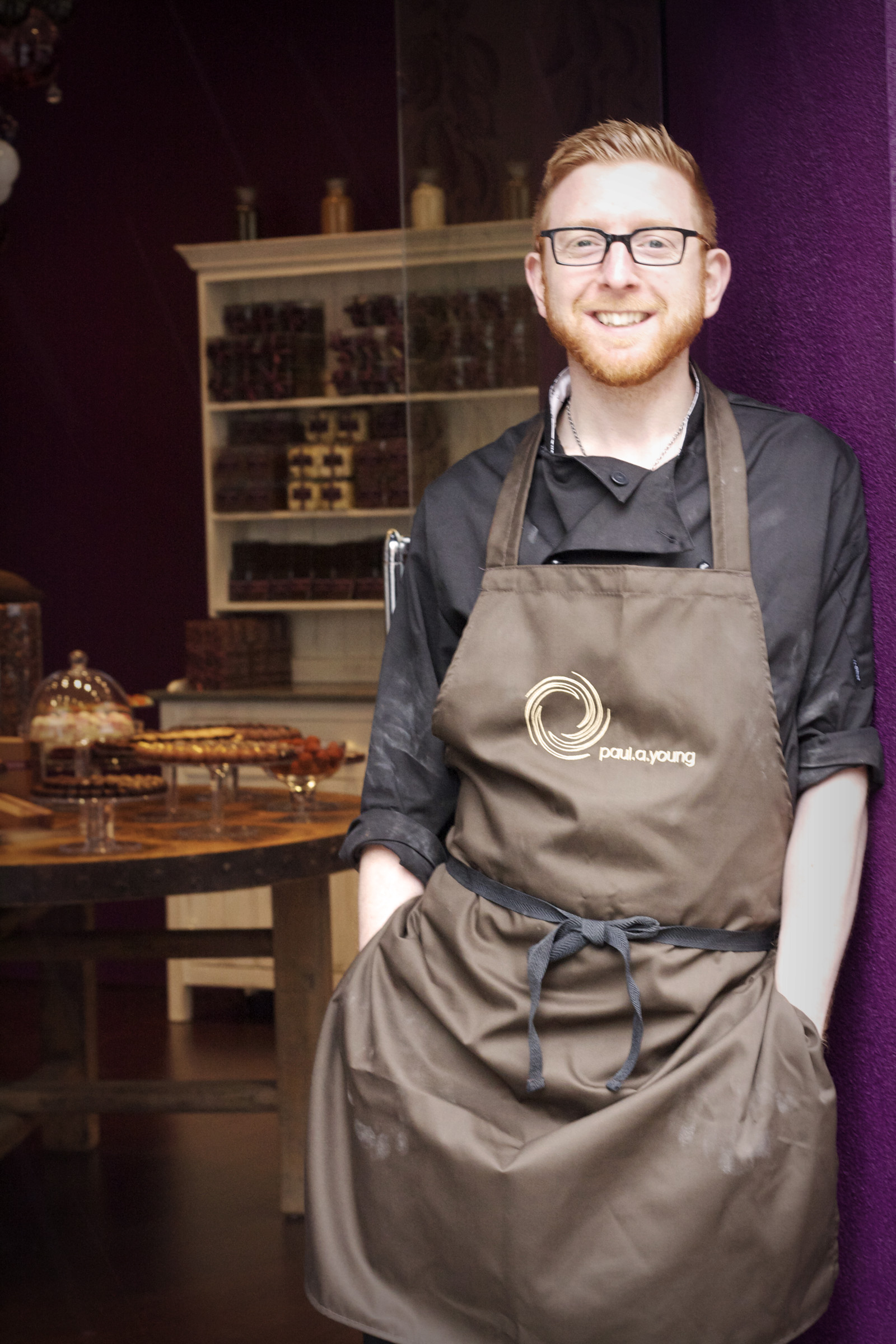 Paul has a reputation as an incredibly creative flavour alchemist who often develops flavour combinations that are original, experimental, sometimes daring, yet always perfectly balanced. He is the only chocolatier in London working in a truly artisan way. He and his team make all their creations completely by hand in the kitchens at each shop, in small batches and at every stage using fresh ingredients. Compounds, concentrates, essences, preservatives and additives are not used.

After studying hotel catering and management at New College, Durham and Leeds Metropolitan University, Paul quickly worked through the ranks of a restaurant kitchen to the position of head pastry chef for Marco Pierre White at Quo Vadis and Criterion. He then began to specialise in chocolate, and opened his first shop on Camden Passage in Islington in 2006 with his business partner James Cronin. Since then Paul has been creating products that have won numerous industry awards, wowed customers and earned him the reputation he has today.

His first book ‘Adventures with Chocolate’ won the World’s Best Chocolate Book at the Gourmand Cookbook Awards in Paris, was shortlisted for the Andre Simon Award and included in the Independent’s Top 50 cookbooks. Paul is a regular on our television screens in the UK, with appearances including This Morning and Sunday Brunch, The Apprentice, Junior Masterchef and Paul Hollywood’s Pies and Puds and in the US on The Nate Berkus Show and The Today Show. In 2014 Paul was named Outstanding British Chocolatier by the International Chocolate Awards.

© 2020 paul.a.young fine chocolates ltd. about the site | work with us